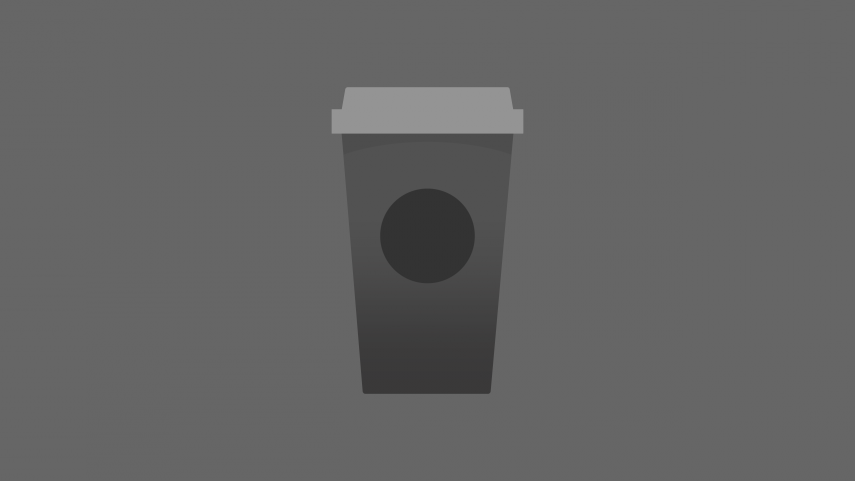 Americans may have grown weary of war, but there’s one we just can’t seem to walk away from: the War on Christmas. The ongoing conflict saw this year’s first casualty when Starbucks exposed its seasonal red cup to enemy fire.

Starbucks’ holiday cups of years past have featured traditional winter holiday imagery, but nothing overtly religious. Just Christmas tree ornaments, snowmen, sleigh bells or snowflakes to go with your double-shot white chocolate and peppermint grande mocha. But it seems that approach came to be considered too niche, too limiting.

Last year, they shifted to monotone red ribbon ensemble. This year, even the ribbons are gone. Starbucks’ new red cup features a two-toned design with a bright poppy color on top shading into a darker cranberry below—and an absence of iconography. It’s unabashedly norm-core. It appears as the Seinfeld of holiday design—a cup about nothing.

“We have anchored the design with the classic Starbucks holiday red that is bright and exciting,” said Jeffrey Fields, Starbucks vice president of Design & Content. “We’re embracing the simplicity and the quietness of it. It’s a more open way to usher in the holiday.”

“More open? You mean, you’re trying not to offend anyone,” suggested a Breitbart.com satirist who called out Starbucks for its shift away from Christmas-themed imagery over the years. Where one person sees a featureless gradient, another sees an assault on their values. Armed with that insight, Arizona preacher-bro and social media personality Joshua Feuerstein grabbed a pitchfork in one hand, a torch in the other, and issued a few choice bon mots in a Facebook video.

“Starbucks REMOVED CHRISTMAS from their cups because they hate Jesus,” he observed. He added that he wore a Jesus Christ T-shirt into the store “just to offend” and also brought his gun with him, since Starbucks “hates” the Second Amendment. He then asked followers to do what he’s just done, to tell baristas their name is “Merry Christmas,” thereby hoodwinking staff into uttering the phrase aloud. “And I’m challenging all great Americans and Christians around this great nation: go into Starbucks and take your own coffee selfie.” He urged them to “start a movement” by sharing cup photos with the hashtag #MerryChristmasStarbucks.

Feuerstein’s message about Starbucks’ red cups was quickly embraced by many. Posted on Thursday, Nov. 5, his video had been viewed more than 11 million times by early Monday. The mainstream and social media took the bait, and a fully-fledged freak-out was underway. It went viral enough for a presidential candidate to make some half-hearted hay of his own.

“Maybe we should boycott Starbucks. I don’t know,” said Donald Trump. “Seriously, I don’t care.” His indignation may have been tempered by the Starbucks franchises that he owns, but as you may have heard, he is really, really rich, which affords him the ability to voice his interior monologue without repercussion. “If I become president, we’re all going to be saying, ‘Merry Christmas’ again. That I can tell you.”

Cue the backlash. The rancor on the right was overshadowed by a swift response from left. Many stepped up onto their comment section soapbox to point out that Christianity isn’t brewed in a coffee pot, and oh, by the way, Christmas was originally a pagan solstice celebration appropriated by Christians, so nyah-nyah-nyah. Eventually cooler heads on the internet (they exist!) prevailed with their own hashtag #JustACup. They also usurped the #MerryChristmasStarbucks hashtag with satirical posts vastly outnumbering those of authentic umbrage takers. Which was sort of amusing.

A History of Holiday Huffing

It’s not surprising that the company, which has seen its share of red cup kerfuffles, has opted out of representational art. In 2005, Starbucks issued cups featuring quotes from notable Americans in a series called “The Way I See It.” The series drew fire by daring to quote author and known homosexual Armistead Maupin, whose “Tales of the City” chronicled San Francisco life in the 1970s and 1980s. “I surrendered my youth to the people I feared when I could have been out there loving someone. Don’t make that mistake yourself. Life’s too damn short,” he wrote.

Many saw this as a hot steaming cup of liberal bias. Remarkably, their outrage and call for a boycott failed to bring down the $16 billion corporation. There is no word about whether this year’s Cup-gate has affected sales, but if it’s true that there’s no such thing as bad publicity, the company tip jar is probably doing just fine.

In fact, the War on Christmas was not born on cable TV. It is older than America itself. Puritans in the 17th century, associating it with paganism and idolatry, made the celebration of Christmas both taboo and illegal. It didn’t become a federal holiday until 1870, when Ulysses S. Grant sought to unite north and south (not unlike Lincoln’s establishment of the Thanksgiving holiday for similar reasons). It wasn’t until the advent of 20th century media that Christmas became the commercial and cultural juggernaut we know today.

So can we blame companies who now rely on holiday sales for casting the widest net possible? Our national GDP practically depends on it. And lest we seem insensitive, it’s difficult to argue that those who lament the decoupling of Christmas from its religious origins don’t have a point. But ultimately, the “holiday season” owes its current popularity to its broad, universal appeal. It’s become an American institution that brings people of all beliefs and backgrounds together. Whatever your “the reason for the season,” having a moment of peace and joy is something all Americans ought to be able to enjoy. Especially if it also comes with caffeine and whipped cream on top.